What is an Annulment?

It never fails that clients will ask a question about annulment and whether it is a possibility for the breakup of their marriage.  It is not as easy or cut and dry as it appears in Las Vegas movies after a night of too much fun and questionable decisions because there are specific requirements for a marriage to be annulled (declared void). 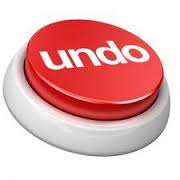 Annulment is an often-misunderstood legal concept, because popular culture and religion have presented differing and often imprecise views of what an annulment is in terms of family law and domestic relations.

Annulments and divorces are similar in the sense that they make a determination about marital status. However, the vital difference between them is that divorce ends an existing, valid marriage, whereas annulment simply declares that what everyone thought was a marriage was never actually a marriage at all.  Basically, in the eyes of the law, an annulled marriage never really happened!

Grounds for an Annulment

Arkansas Code Annotated § 9-12-201 describes the grounds for obtaining an annulment in Arkansas which are very narrow. There are only four possible reasons a court might grant an annulment:

Effect of Annulment in Arkansas

Arkansas law requires the court which decides the annulment to also decide custody and child support of the minor child or children, despite the fact that the marriage never really happened.  In Arkansas, couples going through an annulment usually must separate their own property, including both assets and debts (which is a lot of fun).  All these issues can get really complicated and an experienced family law attorney should be involved.

Did you wake up with a new last name and regret it?  Give John S. Stobaugh a call today and let him discuss your possible case with you.

*Disclaimer:  This post contains basic information and in no way constitutes actual legal advice or establishes an attorney-client relationship with any individual reading this article.